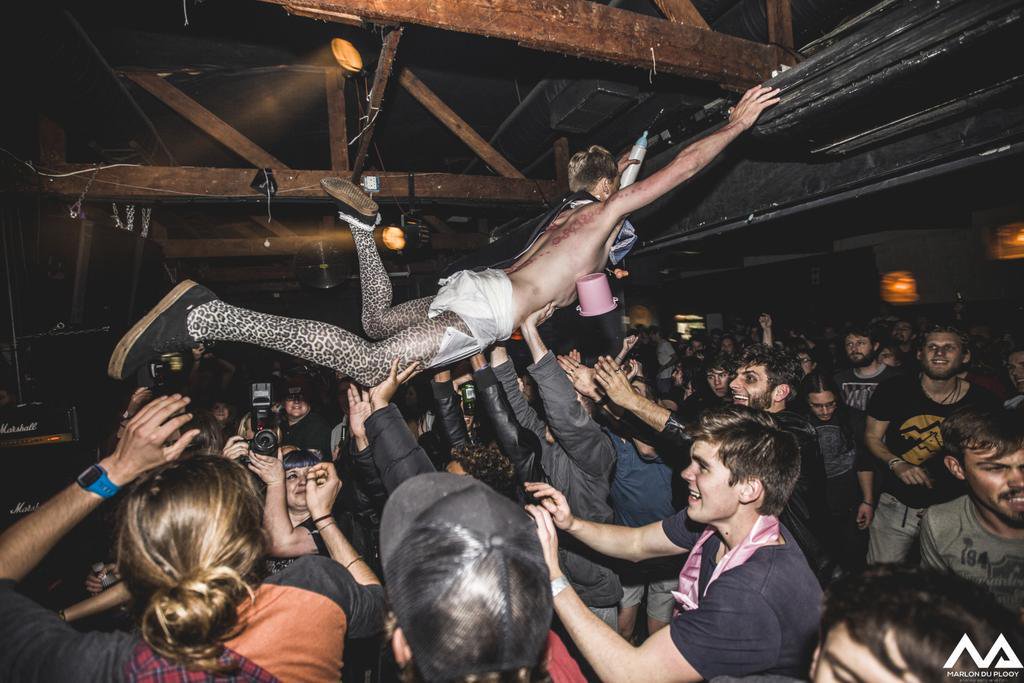 Stellenbosch nightlife guide featuring 15 of the best local bars & clubs the town has to offer.

In the daytime, Stellenbosch is a bustling centre for life within the Boland. Cast an eye over the University of Stellenbosch and students can be seen hurrying to and from class. Shift your glance to the various commercial districts and it is evident that Stellenbosch has exceeded its definition of being a mere university town, populated by rowdy students.

At night the town boasts a vast array of bars and clubs that have awarded Stellenbosch the infamous label of being the party capital of the Western Cape.

Stellenbosch is a bar-hopper's delight. This is because nearly everything is within walking distance of each other. However, you’re more likely to settle down in one place and stay there because who really wants to stagger around at night after a few drinks?

Ask the right students about Aandklas and they will gush with praise about it. This is for a very good reason as the dive bar is part bar, part alternative music venue.

On a normal night, the dark and gritty venue can be found pulsating with students that appreciate the bar’s playlist that focuses mainly on old school rock and metal. The bar almost regularly turns into a live music venue and plays host to everything from hard-hitting metal bands to upbeat, mainstream indie-pop bands.

They even play host to some of South Africa’s edgier and more aggressive DJ acts at times. In addition to live music, Aandklas also hosts a quiz night every Thursday.

The Stellenbosch nightlife isn’t just for students. There are a few places where those over the age of 23 can go to enjoy a drink or two without dealing with drunk students.

Balboa offers an incredibly upmarket environment in which to knock back a few of their fantastic cocktails and just generally catch up with your friends.

It also serves some great pizzas which seems to be a trend with most Stellenbosch bars. The bar is the closest thing Stellenbosch has to Café Roux in the sense that it also occasionally hosts bands and musicians.

Bohemia is an essential part of the student lifestyle during the day due to its pizza and wine specials. It is also a popular drinking hole for students with too much time on their hands.

This is linked to it practically being a stone’s throw away from the University. However, at night – it totally changes as it becomes one of the gathering hubs for the various sub-cultures of Stellenbosch’s alternative scene.

Its grungy dive-bar aesthetic with its pop-punk meets alternative rock playlist lightly playing in the background makes it a popular place to meet up for pre-drinks before heading to the clubs.

Alternatively, some people just stay there and be merry until the night ends. Bohemia hosts live music with acoustic sessions on a Tuesday and full-out band nights on a Thursday. The cool thing is that entrance to these shows is free.

This is another popular watering hole in Stellenbosch. As the name suggests, it has a Cuban aspect to its décor and its drinks. It is also one of the few places in Stellenbosch where you can buy cigars. It is a popular joint for pre-drinks and is frequented by a rather cosmopolitan crowd.

The butt of many jokes regarding the youth of some Stellenbosch attendees as older students refer to this pub as “Brazens”. It is another of many pubs in Stellenbosch where students go to relax and talk about a variety of topics with their friends.

The pub is popular for multiple reasons, mainly for the fact that students can get craft beer for incredibly cheap here if they present their student cards. They also throw a killer St Patrick's Day party.

This is one of Stellenbosch’s few speciality bars as they pride themselves on making a variety of gin-based cocktails or rather, they make gin and tonics but add a lot of extra ingredients to add some extra zest and spice to the classic drink.

The contents of these cocktails are seasonal as some of the fruit they use does not necessarily grow all year round. They also host a quiz night every Wednesday and acoustic shows on a Thursday.

Who said the suburbs don't know how to party? One of Stellenbosch's fast growing urban areas has hit the map with it's epic nightclubs and rocking parties.

One of the more popular clubs in Stellenbosch due to its free entrance for women and incredibly low entrance fee for men. The club is divided into various floors, the first being one catering to generic electronic music and the occasional mainstream pop song.

The DJ's tend to play whatever is popular in electronic music. The second floor is the delight of Afrikaans students as it predominantly plays sokkie music. The third floor caters towards trance and you will usually find the typical trance-festival types on this floor.

This is a firm favourite for many Stellenbosch students due to its cheap alcohol coupled with the lack of a cover fee. It is considered to be the ideal club for pre-drinks due to its ample seating, incredibly solid music selection, and once again, it has really cheap alcohol.

House music jol with a blend of commercial hip-hop@entourage.stellenbosch.9

The music played here is mainly rooted house music, but of the less mainstream kind. They also occasionally play hip-hop.

A banging club with a sweet selection of tracks@nubar.stellies

The demographic is changing which is fantastic. The DJs tend to focus on playing songs that people know and request. They even throw in some classic songs towards the end of the night such as Stacey’s Mom, Gold Digger, Hotel California and so forth.

The club also occasionally hosts evenings catering towards playing Afrikaans music hence its reputation for playing music directed to Afrikaans clientele, but on any other night, it gets quite diverse.

A Strange bar with welcoming atmosphere@mysticstellies

Do not let its name confuse or mislead you. It is one of the least Afrikaans venues in Stellenbosch. During the day, it is a dive bar that serves a host of pub food alongside cheaply priced beer.

At night, it transforms into gritty, grimy electronic music venue that has strange bar-like elements due to the pool table downstairs. Its upstairs dance floor is usually always delivering drum and bass, hard electro or psytrance. It is for this reason that it has become frequented by hippy-like types. It is also one of the favourite places for Stellenbosch’s LGTBQ community to gather.

Laid back bar with pool tables and cheap drinks@shizhao

Much like the many different iterations of this club meets sports bar, this is a rather laid back venue. Due to its placement in the heart of Stellenbosch’s clubbing district, it is more like a club than most other Stones.

It mainly focuses on commercial music and has live DJs on any given night of the week.

In the past year, the venue has evolved from being just another club to one that often plays host to some pretty huge electronic artists within the local sphere.

It has seen premier acts like Chunda Munki and Sketchy Bongo perform there. It seems to be intent on ensuring its patrons get to experience some of the best electronic artists South Africa has to offer.

On any other night, you can hear deep house pumping from the venue.

It has a fun vibey atmosphere making it a great nightclub that caters towards a rather metropolitan crowd. The genres of music varies and can be anything from progressive house to commercial pop to obscure remixes of classic songs like the Red Hot Chilli Pepper’s “Scar Tissue”.

This is a place for those that love to sokkie as it is an entire dancehall dedicated to that one kind of dancing that most Afrikaans people are born knowing how to do.

Stellenbosch and its surrounding suburbs are home to a diverse bunch of people and with a nightlife to match. From sun-soaked verandas to opulent night clubs, Stellenbosch promises not to disappoint any night-owl looking for a night to remember.

Our vision behind Vibescout is to provide the most relevant, up-to-date and comprehensive information.