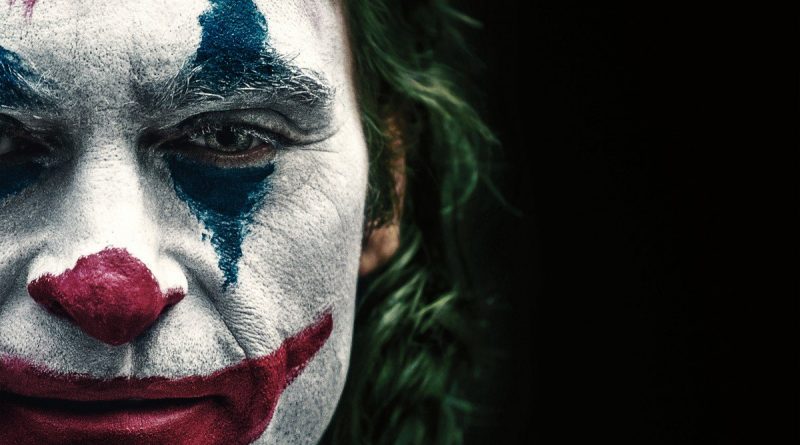 The Joker has developed a strange counter-cultural appeal over the years. Originally brought to life by Jack Nicholson in Tim Burton’s flamboyant take on Batman, the character has morphed into something much more abstract.

The superhero genre was rebooted with one swift wave of Christopher Nolan’s wand as Batman Begins transformed the realm of speech bubble superheroes into a much grittier domain.

Rebuilding the near-pantomime playground, Gotham City was turned into a much shadowier yet real construct where a crime-fighting vigilante billionaire could ostensibly take to the streets to exact justice on a special breed of criminals and super villains.

Nolan’s Batman Begins changed the game, followed by the monolithic The Dark Knight, a film that immortalised Joker and Heath Ledger. The role developed an aura with Nicholson’s warning for Ledger and Mark Hamill’s reverence for the character’s “eccentricities”.

Paying Ledger his dues with a posthumous Best Supporting Actor Oscar, the paradoxical Joker suddenly became a challenging and coveted role to conquer. Superhero films have come a long way, even if Martin Scorsese doesn’t believe the Marvel universe amounts to real cinema. Besides decimating box office records, they’ve created a new string of challenges for actors, who have to meet the physical and psychological demands of unreal heroes.

The Joker holds special reverence, mostly owing to Ledger’s legacy and is treated with the utmost respect by those who dare immerse themselves in his twisted world. Having a power that seems to transcend the silver screen, the character has been further mythologised by criminal acts cited as an influence or literally taking on his likeness. This also explains why some cinemas banned patrons from participating in cosplay.

The public’s undying fascination, the character’s mythos, a striking movie trailer and a transcendent performance from Joaquin Phoenix helped garner terrific press and viral hype for The Joker film.

Gathering all of these threads, it’s easy to see how an actor of Phoenix’s quality finds himself in a character portrait of Joker. Designed to unpack his hefty origin story, The Joker is unlike most superhero movies in that it goes one step further than Nolan. Painting a grittier Gotham City, giving it a bleak ’70s vibration and preoccupying itself with intimate characterisation rather than grand illusion, we’re immersed in the desperately sad, vile and alienating world of Arthur Fleck.

Living with his mother, trying to launch a stand up comedy career and struggling to make real connections with those around him, he’s restrained by his mental disability, provoked by bullies and distanced by ridicule.

Instead of simply dressing Joker in his finery and catapulting him into super villain mode, director Todd Phillips wants us to empathise for the man behind the quietly cantankerous villain. He’s not glorified to the point of being an anti-hero as with the recent Ted Bundy biopic, Extremely Wicked, Shockingly Evil and Vile. Instead, The Joker offers a much more complex perspective on the man behind the clown make up, who is essentially portrayed as a victim of his circumstances. Building to his eventual unveiling through a series of revelations and provocations makes it a slow and steady evolution.

Joaquin Phoenix is an actor who goes beyond, making him perfectly poised to take on this tricky Norman Bates meets Rupert Pupkin type. Losing enough weight to draw contrasts with Christian Bale’s transformative role in The Machinist, he’s taken the performance to the next level, contorting his skinny body into twisted forms, adopting a manic laugh and quite literally becoming a shadow of himself.

Phoenix’s brilliant performance is what underpins The Joker, serving as the connective tissue to convince audiences of the character and grounding the sights and sounds of Gotham City in its darkest days. Transforming into The Joker, his intoxicating acting master class makes the journey rewarding beyond the sense of authenticity Philips creates. He’s ably supported by the likes of Robert De Niro and Frances Conroy, but this is the Joaquin Phoenix show.

The Joker has taken its cues from anti-establishment films of the ’70s. While each of these movies were regarded as highly influential on society and film in their time, they seem to reach fever pitch when bound together. It’s a good idea to try and watch Taxi Driver, The King of Comedy and A Clockwork Orange before seeing The Joker, each of which add value to the overall experience. The Joker is an unashamed tribute and reworking of these iconic films, taking story elements from each and channeling the same defiant spirit and passion for psychotic violence. Robert De Niro’s appearance is ironic, echoing performances that established him as one of the true greats in Taxi Driver and The King of Comedy.

The character has already been linked to mass murders, making any form of identification or glorification of ultra-violence seem flagrantly irresponsible in an age of lone gunmen. Filmmakers should be more than aware of the power of the medium, which makes the subtextual aspect of The Joker a political force, beyond simply being able to be written off as escapist entertainment.

Joker’s world is bleak, representing the character’s jilted viewpoint, cresting on Phoenix’s hypnotic lead performance. Phillips has created the perfect dank conditions for a performance of this magnitude to fester, gifting Phoenix almost every scene to revel in the breakdown of Arthur Fleck and chest-bursting of Joker.

It’s grotesque and disturbing but beautifully constructed, riffing off the work of masters like Scorsese and Kubrick to concoct something dark, devious and deeply political.

Much like Groundhog Day seemed to resonate with every religion, The Joker will probably be able to be contorted into a variety of political interpretations. Phillips won’t get the pat on the back he deserves, owing to his comedy roots and choosing to stand on the shoulders of big screen giants. Although he’ll bask in the pale moonlight standing next to what should amount to Oscar gold for Phoenix.