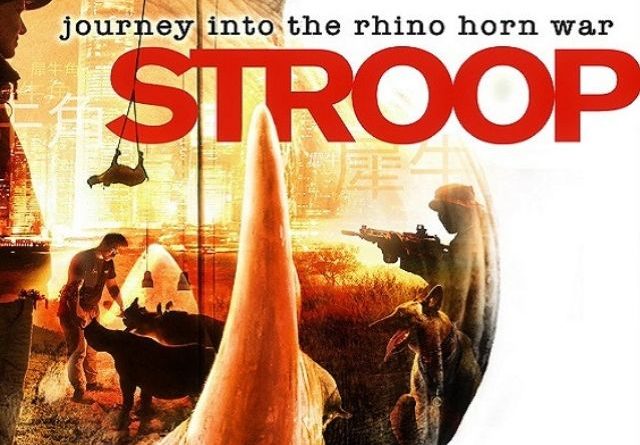 Stroop: Journey into the Rhino Horn War is an award-winning South African wildlife documentary directed by Susan Scott, which seeks to uncover the saga relating to rhino poaching and international trafficking at home and abroad.

The film trails two first-time filmmakers, who took several years out of their lives to investigate why rhinos are being killed for their horns. Starting from the harrowing recollection of a violent invasion of a rhino orphanage, journalist and presenter, Bonne de Bod, sets about asking the difficult questions in order to drill down to who’s really driving the multi-million dollar racket.

Infotaining in terms of the vicarious investigative format, backed by statistics, key accounts and behind-the-scenes footage, we get a broad and insightful compilation of the travesty and its magnitude. Shifting the focus from local game reserves, their protective measures, attempts to recover orphaned calves and court room challenges to undercover journalism in the Far East and then back to government corruption, Stroop is a thorough and all-encompassing look at the rhino crisis.

While many of the interviewee’s faces are blurred for their own protection, Stroop is a brave undertaking, which shines a spotlight on one of Africa’s Big Five.

By personalising the rhino to the point of becoming more real and relevant, Stroop becomes much more in-your-face and moving as close encounters bring the story home. Tracking with a few named rhinos and showing the grisly post horn removal footage makes for a raw and challenging viewing experience.

Collating high profile media coverage from other international investigations, partnering with activists and streamlining it into Stroop’s own efforts, they build a strong case against those that are propagating the industry or turning a blind eye.

Exposing the injustices of the system and madness of having to hire armed guards to protect rhinos, the investigative report goes in-depth offering damning evidence of a broken system and an unwillingness or lethargy to self-correct.

It’s a bold, intrepid and important documentary that seeks the truth rather than trying to manipulate the facts. Allowing the tragedy to speak for itself and presenting it in such a way that you can’t simply ignore it, it’s an educational tool to provoke thought and start the right conversations.

At over 2 hours, Stroop: : Journey into the Rhino Horn War is quite long for a documentary but manages to keep the viewer engaged and shifts gears enough times to remain compelling.