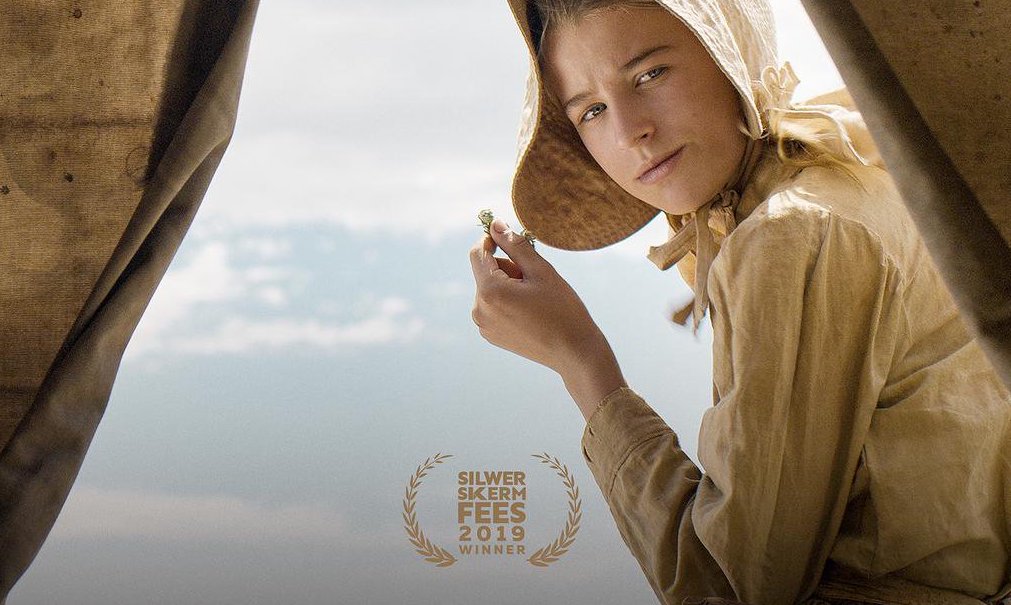 Rachel de Beer made the ultimate sacrifice to save her brother, Dirkie. During a cold winter trek to south-eastern Transvaal in 1843, the children were separated from their father and eventually succumbed to the elements, taking shelter for the night.

The South African legend has led to genealogical studies to identify the family and story’s historicity. It has strong parallels with that of Hazel Miner, who became a national heroine after similar actions at a time when the story of Rachel de Beer was first popularised.

History or legend, it’s an important and stirring tale that has ingratiated itself in Afrikaner culture and identity. While the story has already been committed to literature, it has now been preserved in film history thanks to the period drama, Die Verhaal van Racheltjie de Beer or The Story of Racheltjie de Beer.

While the tale is well-known, there’s some mystery surrounding the circumstances that led the de Beer family to that fateful blizzard. To help set the scene and explore important themes around family, we’re introduced to young Racheltjie days before her defining act. Five years after their mother died, Herman and his children were heading up-country looking to start a new life in the virgin gold fields.

Staying a few nights with a hospitable rural family in order to regroup for the rest of the trek, a coming storm seems destined to change everything.

While you’d imagine The Story of Racheltjie de Beer to centre on the title character, it’s more of an ensemble drama, directed by Mattys Boshoff and featuring some of South Africa’s finest acting talents. While stellar, this is a real team effort, bowing in reverence to the legend’s importance. Sandra Prinsloo and Marius Weyers are instantly recognisable, esteemed stalwarts of local cinema, who take on supporting roles in this drama as George and Jacoba.

Yet, the focus is on Stian Bam and Antoinette Louw as Herman and Sara, who have reached a critical juncture in their lives. Zonika de Vries plays the mild-mannered Racheltjie, who has developed a keen and ethereal interest in flora, echoing many of her mother’s qualities much to Herman’s consternation.

The Story of Racheltjie de Beer has been cleverly supplanted in human drama, heightening emotion and intensity with a fast-approaching and catastrophic blizzard. The fine cast realise the characters through solid performances. Even while it’s not about them, there’s an effort to surround Racheltjie with authentic characters who help ground and reinforce her as a central figure.

The tale may be fairly simple in essence, but The Story of Racheltjie de Beer creates layers beyond human interest and inspiring morality. Conjuring mystery around Racheltjie’s mother, almost as if a ghost story, Boshoff has injected a surreal element to embroider and refresh an otherwise straightforward retelling.

Making it his own, Boshoff gives the already picturesque drama an otherworldly and haunting quality. While a period drama, he swathes it in a variety of subgenres ranging from mystery and fantasy to horror.

Surreal sequences, an uneasy welcoming committee, an eerie dining experience… each strand has a distinct feel that redresses the plain period drama, making for an uneven yet visually-enticing cinematic experience as if teasing out some possibilities. Retaining its historical authenticity through accurate sets and wardrobe, the story’s fable quality does allow some poetic license, which helps smooth over a few inconsistent scenes and visual effects that border on Biblical.

The Story of Racheltjie de Beer leverages old world pacing to give you a better feel for the 1800s, making for a more immersive experience. As a costume drama, it’s opted for real grit over windswept romance, dressing characters down to reflect the life and times.

The visuals are authentic, beautifully crafted and sweeping, planting the drama in a forgotten time and slowly building to Racheltjie’s moment. While those familiar with the tale will watch with a fixed perspective, it’s difficult not to be roused. Having become familiar with those closest to her, the emotional undertow is strong and the effect is haunting.