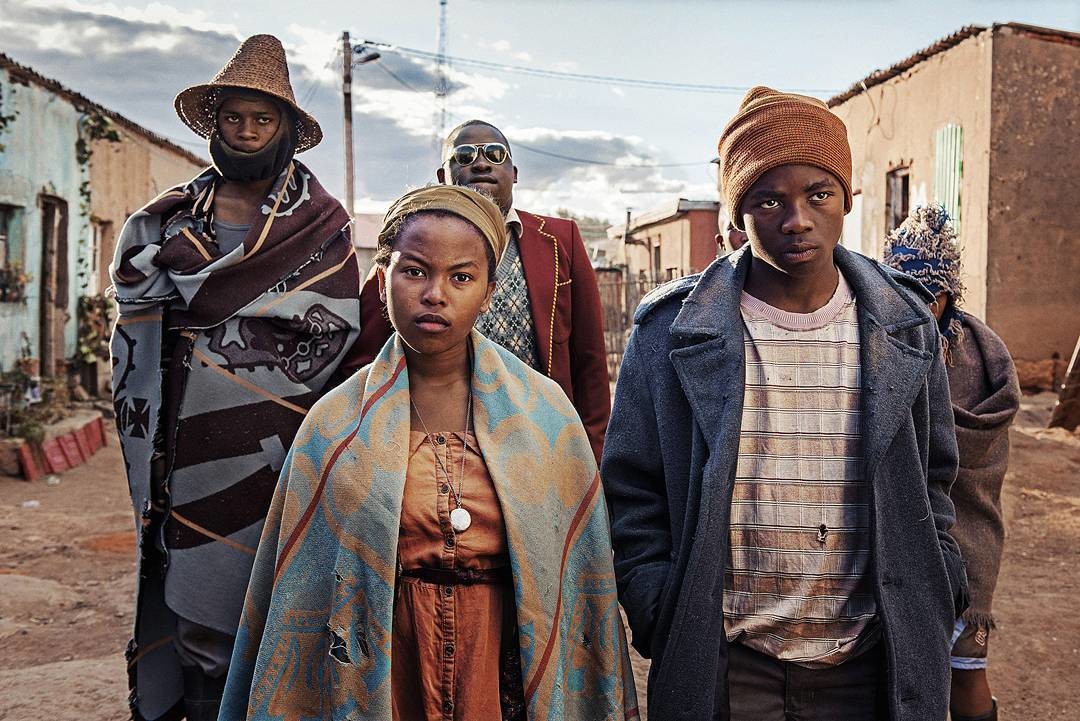 16 Best South African Movies Of All Time - Up to 2019 Films
The South African cinema scene is filled with talent, class and chemistry! Take a look at the films that have been making waves locally and internationally, up to 2018 films!

The South African cinema scene is filled with talent, class and chemistry! Take a look at the films that have been making waves locally and internationally, up to 2018 films!

16 Best South African Movies Of All Time - Up to 2019 Films
The South African cinema scene is filled with talent, class and chemistry! Take a look at the films that have been making waves locally and internationally, up to 2018 films!
@fivefingersformarseilles

The South African cinema scene is home to an impressive array of top-rated films. From classic comedies to twisted tearjerkers and chilling crime dramas, South Africa is in no shortage of fantastic, talent-filled cinema.

Take a look at the best Nigerian films of all time here:

2017 has certainly been one for the books! Local and international cinemas are a buzz with the sounds of our Mother Tongue; a milestone for our local production houses!

Take a look at what the world is raving about.

This controversial, taboo-breaking feature film is taking the international festival circuit by storm.

Leading a new wave of African Cinema, Inxeba tells a uniquely South African story from a uniquely African perspective. At its core, Inxeba tells an intersectional story about three Xhosa men during a period of the male Xhosa initiation.

Two of the men (Xolani and Vija) are caregivers who have a secret sexual relationship that they only engage in during this period every year.

Directed by John Trengrove, it is said to be a love drama cross intense psychological thriller. It was screened in the World Cinema Dramatic Competition at the 2017 SUndance Film Festival and it opened the Tel Aviv International LGBT Film Festival in 2017. It has also been selected as the South African entry for the Best Foreign Language at the 90th Academy Awards.

“This is a movie that offers a glimpse into a seldom-seen world, and it is also a character study that looks deeply into the behavior of three very different men who might have loved each other under different circumstances.” Dan Callahan - The Wrap

Keeping Up with the Kandasamys

It also featured in film festivals in North America and has received praise from global critics.

After being released on March 3, the film was sold out during its opening weekend and earned R1.6 million from 26 cinemas across the country. The film has now passed the R4-million mark thanks to an audience attendance of over 76 114.

“It’s refreshing to see a movie that does cater to this often forgotten part of the South African viewing audience that is not a foreign Bollywood movie.” Craig Risi - Critical Hit

High Fantasy is an exploration of identity politics as they're felt by today's youths. Local director, Jenna Bass, uses iPhones to tell the story of four ethnically diverse friends who set off into the desert of South Africa's Northern Cape and magically transports each one into the body of another

The film has been selected to screen at the prestigious US hosted, Toronto International Film Festival, where it will be screened to an international audience.

Five Fingers for Marseilles is the first South African western to hit the big screens! Set in the rural town of Marseilles, the film stars an all-South African cast.

While we don’t know much about the film just yet, we do know that it features the classic western scenes, fit with long shots, remote towns and a mysterious lone ranger. Step aside Clint Eastwood!

It is also one of four South African films that debuted at the Toronto International Film Festival In September 2017.

“Seven years in development, filmed over 5 weeks in grueling conditions with a talented, committed cast, unfolding over a near-sprawling 2-hour running time, Five Fingers is a necessary addition to the Western film canon as we know it.” Tambay Obenson - Shadow and Act

Written by Kagiso Lediga, the film follows a jaded academic, Lediga, and his journalist wife, Pearl Thusi, who have their lives turned upside down when a celebrated and hedonistic older writer, Andrew Buckland, unexpectedly moves into their urban Johannesburg home with them.

The film premiered at the Los Angeles Film Festival (LAFF) in June and recently had its East Coast premiere in New York at Urbanworld Film Festival. Catching Feelings is written by, and stars local comedian Kagiso Lediga.

“There’s a refreshing, chill energy to this South African romantic comedy. This works both to the film’s advantage and detriment.” Christopher James - Award Circuit

2016 saw some of the most sensational South African cinema! From mockumentaries to war memoirs, 2016 did not disappoint critics and film-lovers across the globe.

Focusing on the troubled relationship between a father and his rebellious son, My Father’s War is set in 2003, but also against the backdrop of the Border War.

Writer, director and producer, Peter Lamberti, served as a recce (Special Forces Operator) in the SA Defence Force during the South African Border War, and uses a father-son relationship to tap into many issues surrounding the war. This film successfully brings heart-wrenching realities of the war to life.

“One aspect of the film that does shine is its production values. The cinematography by Tom Marais highlights the different time periods of the film well and also provides balances as the story moves between open spaces and intimate, often dark settings with ease.” Craig Risi - Critical Hit

Happiness Is a Four-letter Word

This rom-com tells the story of three friends trying to find their happiness while maintaining images of success, empowerment and acceptability.

The three friends seem to be living the South African dream until they realise that “happiness doesn't come with a manual”. Directed by Thabang Moleya and written by Busisiwe Ntintili, the film went on to represent South Africa at the 69th Cannes Film Festival in 2016.

“Happiness is a Four-letter Word surpassed all anticipations after it was announced today that this romantic drama past R10 million at the South African Box Office and it’s still expected to do more.” Tshepiso Makhele - The Citizen

Wonder Boy for President is a mockumentary that tells the story of a young man from the Eastern Cape of South Africa coerced into running for president.

The main character, Wonder Boy, played by comedian Kagiso Lediga, is portrayed with just the perfect balance of simplicity and humour. The movie's success is largely based on the cast, their improv skills, smarts and likability.

Set in 1901, Modder en Bloed is a period film that follows a Boer and family man, Willem Morkel, whose wife and son are murdered during the Anglo-Boer War.

As a prisoner of war, Willem fights to survive the incarceration in the notorious St. Helena concentration camp where placed under terrible oppression and hardship lead to an uprising through human spirit and more specifically, the game of rugby.

This film is a fictional account using the backdrop of Anglo-Boer War. The film's protagonist is loosely based on Dougie Morkel, who went on to play for the South African national rugby union team.

“Director Sean Else did a great job at steering clear of the clichés and the melodrama and instead served up a captivating film that’s undoubtedly worth the watch.” Herman Eloff - Geek Node

Take a look at some the local favourites that hit the local and international film screens in 2015!

‘n Man Soos My Pa is a deeply moving film steeped in the tradition of classic cinema, leaving you feeling nostalgic and emotionally charged.

Writer and director Sean Else tells a beautiful story of the lives of 3 fathers whose flawed humanity destroys their families, and whose love for their relations ultimately sets them on a powerful path to redemption. The film tells a story of broken family relationships, the struggles of forgiveness and the emotional healing found in unconditional love.

From the script, to the screen – the film has managed to tug at the heartstrings of South Africans across the world.

“The deeply moving 'n Man Soos My Pa is one of those exceptional films steeped in the tradition of classic films like East Of Eden that grabs hold of you emotionally and never lets go.” Daniel Dercksen - The Writing Studio

This South African Afrikaans-language drama is based on novels by Anchien Troskie (writing as Elbie Lotter): Dis ek, Anna (It's me, Anna) and Die Staat teen Anna Bruwer (The State vs Anna Bruwer).

It is set in modern-day South Africa and tells the story of Anna Bruwer, who avenges years of abuse from her stepfather and the court case that follows!

“Dis Ek, Anna has won Best Director, Best Film and Best Actor without trying and I firmly believe, solely based on this film, that there is hope for the South African film industry. If this film is something to go by then we’re definitely in for a treat in the future.” Desolation Morris - Geek Node

The story revolves around students involved in the opposition to the implementation of the Afrikaans language as the language of instruction in school, the Soweto Riots. Sarafina inspires her peers to rise up in protest against the implementation, especially after her inspirational teacher, Mary Masombuka is imprisoned.

The film was screened out of competition at the 1992 Cannes Film Festival.

Directed by Gavin Hood and produced by Peter Fudakowski, Tsotsi is a 2005 film adapted from the novel Tsotsi, by Athol Fugard and a South African/UK co-production.

The film is set in the Johannesburg township of Soweto where survival is a daily struggle. The film traces six days in the life of a young gang leader who ends up caring for a baby accidentally kidnapped during a car-jacking.

“A deeply moving portrait of a human being, suffering in life and not having any handle on how to deal with it. It's tragedy, not melodrama.” Richard Nilsen - Arizona Republic

An inspiring true story Nelson Mandela who joined forces with the captain of South Africa's rugby team in an effort to unite their country in the midst of the racially and economically divided in the wake of apartheid.

The story tells the story of how Mandela brings his people together through the universal language of sport. He rallies South Africa's underdog rugby team as they make an unlikely run to the 1995 World Cup Championship match - followed by a truly inspirational ending!

“A noble and compassionate work that in its later scenes manages successfully to invest our emotions in the triumph of an important - if overlong! - sporting victory.” Dave Colhoun - Time Out

This 2009 science fiction action horror film directed by Neill Blomkamp, written by Blomkamp and Terri Tatchell is a co-production of New Zealand, the United States, and South Africa.

Parts of the film are presented in a “found footage” format showcasing fictional interviews, news footage, and video from surveillance cameras. The film explores themes of social segregation, humanity and xenophobia in an alternate South African reality.

“It's a brashly confident debut, full of sharp, inventive detail (the prawns are crazy for cat food) and rooted in a couple of Big Ideas. Well worth the time, if not all of it.” Tom Charity - CNN.com

Screenplay written by John Briley, the story retells real-life events of black activist Steve Biko and his friend Donald Woods, who, at first, finds him destructive, and attempts to understand his way of life.

“An implacable work of authority and compassion, Cry Freedom is political cinema at its best.” Mark Salisbury - Time Out

The South African film scene has come a long way and we couldn’t be prouder! From beautifully crafted period dramas, to theatrical thrillers and heartwarming romantic comedies, the local cinema circuit is bursting with talent!