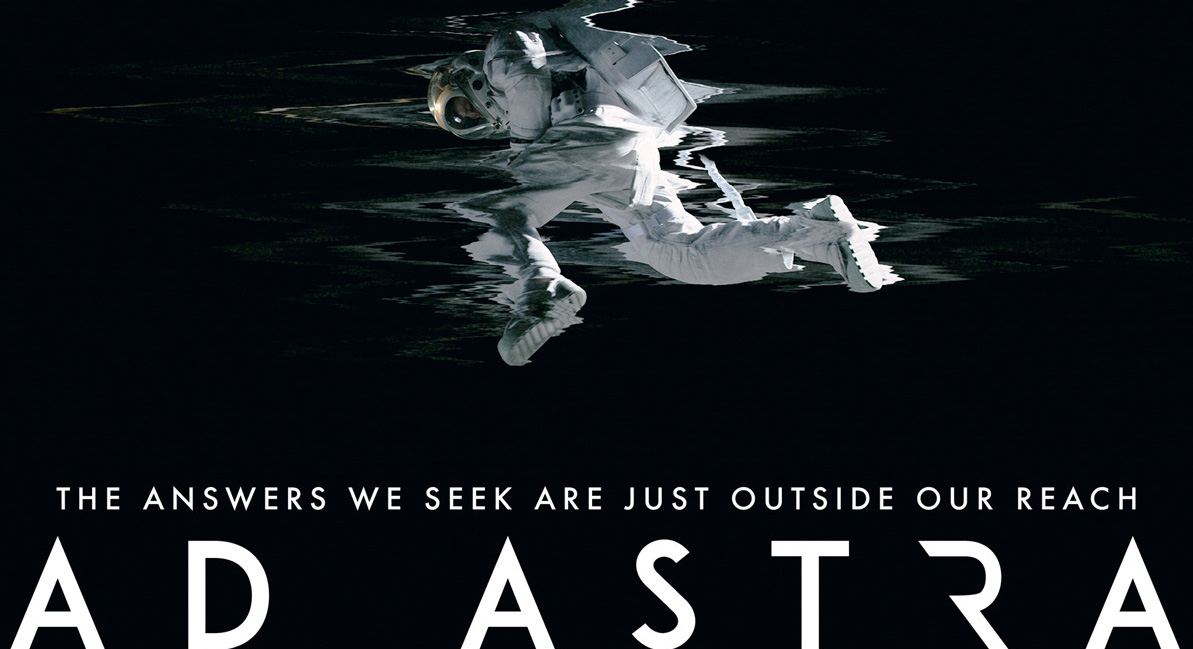 Thirty years ago, Clifford McBride led a voyage into deep space, but the ship and crew were never heard from again. Now his son a fearless astronaut must embark on a daring mission to Neptune to uncover the truth about his missing father and a mysterious power surge that threatens the stability of the universe.

Ad Astra could have been called “Brad Astra”. While writer-director James Gray has a history of solid films, often working with talents like Joaquin Phoenix, the biggest highlight of the space mystery adventure is its lead performance from Brad Pitt as Major Roy McBride.

Loosely based on the novel Heart of Darkness, which inspired Francis Ford Coppola’s Apocalypse Now, Ad Astra pivots on a surreal deep space mission involving a son whose pioneering father went rogue. Now tasked with an opportunity to talk his father “off the ledge” in order to subvert the Lima Project’s catastrophic threat to the solar system.

Having recently watched 12 Years in Tibet, in which Pitt plays Austrian mountaineer, Heinrich Harrer, it’s safe to say he was out of his depth. While a great face for the movie poster, trying to capture the same grandeur of films like Lawrence of Arabia, his performance was subpar, his accent was inconsistent and he was miscast.

While the epic, docu-real edge and powerful true story largely redeem the film, it made Pitt look like he was there just for his good looks, paling in comparison to David Thewlis, who probably would’ve made a better Harrer in retrospect. Has he built a career on playing “Brad Pitt as”?

James Gray probably wanted to cast Pitt in his film, The Lost City of Z, an epic biographical adventure drama set in the Amazon. Pitt’s star quality certainly make him an asset to any film and he does exude the right cool, suave and tenacious vibrations for an adventurer.

Whether it was scheduling conflicts, Pitt’s age or playing two films with ‘Z’ in the title, the role eventually went to Charlie Hunnam who owned the part as a rugged up-and-coming star with Pitt as producer. While Pitt wasn’t great at capturing the nuances of a lost father in 12 Years in Tibet and didn’t take the lead in the poetic The Lost City of Z… it seems like he’s been waiting all his life for the lead in Ad Astra.

The A-list celebrity actor has always been a contender. Starting with roles in hit TV show, 21 Jump Street, he eventually landed a Golden Globe acting nomination for Legends of the Fall, as well as Oscar nominations for 12 Monkeys, The Curious Case of Benjamin Button and Moneyball.

While generally attached to commercially successful movies and garnering acclaim for choice performances, he hasn’t quite managed to quite crack gold yet. It’s a longer road for actors who tend to avoid roles that require physical transformation or pose a threat to their professional reputation. While Pitt’s been more adventurous as a producer, he’s grown as an actor but is still waiting for that Pitt-perfect role.

Could it be a double nomination for Once Upon a Time in Hollywood… and Ad Astra, as was the case for co-star Tommy Lee Jones and ever-patient Leonardo DiCaprio?

Much like fellow Ocean’s Eleven stars, George Clooney and Matt Damon, Ad Astra has finally cast him into the leading role of a space film. Centring on his performance, it’s great to say that the big name star owns it. He’s made himself more vulnerable here, probably tapping into some of his own father-son memories in translating emotion to screen.

While it’s unusual to see Pitt taking hits, it’s also refreshing, making the handsome actor more human and much more accessible. At 55 years of age, he’s no slouch and still holds plenty of appeal, making the up close cinematic experience easy on the eye. While Ad Astra is full of sci-fi action-adventure, it’s a much more personal and universal story of a stunted son trying to find his estranged father.

He’s supported by Donald Sutherland, Tommy Lee Jones and Liv Tyler. Sutherland’s involvement adds weight, suspicion and a book end for this story about fathers with his fellow Space Cowboys co-star Jones on the receiving end.

Jones is perfectly poised to play H. Clifford McBride, enigmatic and imposing, even using some images from Clint Eastwood’s film to add a layer of authenticity to the history and timing of Ad Astra. While Tyler’s screen presence is always welcome in any film, she’s shortchanged as a harbinger, echoing the events of Armageddon.

The choice to focus almost exclusively on men reinforces speculation that Ad Astra serves as an allegory with a message relating to toxic masculinity.

The narrative has many similarities with Apocalypse Now as one man’s bold and dangerous expedition leads him to a deranged kingpin, who is reluctant to relinquish his powerful platform and self-made empire.

While loosely modeled on Heart of Darkness, Ad Astra is a magpie when it comes to space films, echoing aspects from many of its contemporaries, which probably served as references. Gravity, Interstellar, 2001: A Space Odyssey, The Martian, Solaris, First Man… it’s as if Gray was trying to assemble a sci-fi film based on pop culture’s understanding of space.

The mission parameters, interactions and emotional resilience all echo Gravity. 2001: A Space Odyssey is paralleled in the psychological, psychedelic and experiential aspects of being supplanted in space.

The Martian’s rescue mission, space rovers and visual effects have similarities. Solaris is echoed in the blue colour palette, emotional undercurrent and haunting tone. The elegant treatment, family connection and out-of-space-and-time feel have reverberations with Interstellar, which are extended into Ad Astra‘s distinct colour-coded worlds – an extension of Inception.

Then, as if Ryan Gosling had been primed to star… it’d feel like a rinse-and-repeat after the equally exhilirating and stylish, First Man.

Gray hasn’t tried to create a truly original science fiction adventure. He’s allowed great space films to influence him, creating a piece of cinema that remains exhilarating even if familiar.

Floating, falling, launching, driving… it’s one of the best matches for the 4DX treatment, allowing a fuller immersion during the more chaotic action sequences. From the film’s plummeting opening, you know you’re in for a thrilling and even visceral experience, which is amplified in terms of amusement and reflective stimulation by 4DX.

While an elegant and sleek film, it’s stunted by some goofy oversights. The entire mission seems like a massive miscalculation when it comes to the portability of audio and what seems like primitive technology.

Then, there are a few scenes that could have used more thinking and a healthy dose of common sense. While the plotting and feasibility come into question at times, it doesn’t take away from an entertaining, enthralling and emotive journey into deep space. While visually striking, it’s one of Pitt’s most mature and nuanced performances that anchors Ad Astra.