12 April National Strike: Zuma's Birthday March - What, Where & When 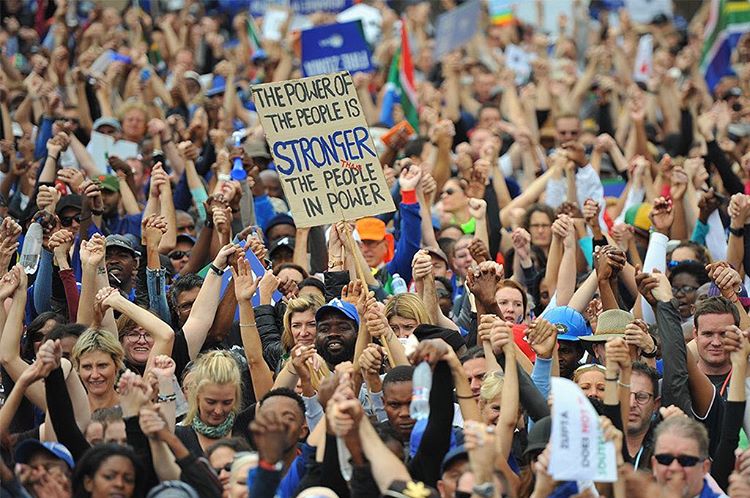 12 April National Strike: Zuma's Birthday March - What, Where & When
Everything you need to know about the protest taking place from 12 April 2017 - Zuma's birthday march.

12 April National Strike: Zuma's Birthday March - What, Where & When

Everything you need to know about the protest taking place from 12 April 2017 - Zuma's birthday march.

12 April National Strike: Zuma's Birthday March - What, Where & When
Everything you need to know about the protest taking place from 12 April 2017 - Zuma's birthday march.

On the 7th of April the Nation marched on Parliament, the Union Buildings and many other key locations across the country. South Africans have shown a united front with their grievances for our current President Jacob Zuma.

Below is the need-to-know info summarised in regards to the upcoming protests / national strike across the country on the 12th of April during Zuma's Birthday.

Golden Arrow will issue a country wide strike on Wednesday, 12 April and it will continue until further notice. Golden Arrow and MyCiti ensure that all monthly clip cards will be valid once the strike ends.

EFF, DA, ACDP, APC, COPE, IFP, UDM and others call on all South Africans to come out in numbers on the 12th of April 2017 to march to the union buildings. These parties have encouraged protestors in other cities to continue with the efforts they have on Friday 7th April.

Follow up picketing will meet outside Parliament in the city centre.

Two Oceans Marathon - athletes are asked to wear black in support of the Zuma must fall movement.

If you are wanting to protest on the 12th, it will be best to try make your way to the Pretoria march at the Union Buildings.

Inaugural Dialogue - The first of a series of dialogues across the country hosted by The National Foundation Dialogue Initiative. The theme of the dialogue will be "Why does South Africa need a national dialogue? A call to the nation."

National Day Of Action - The opposition political parties will meet in Pretoria and march on the Union Buildings.

Things You Need To Know About Your Legal Capacity To Protest

Woman holds board in support of Anti Zuma Protest@howie_sackstein

Vibescout is a social event discovery website - we publish a large variety of events, some of which might be related to the protests on this day. Check out:

If you have anything to add or we have missed something please contact us on cera@vibescout.com

Vibescout is not directly or indirectly affiliated with the protests and any and all legal advice is to be serve as informative value only.